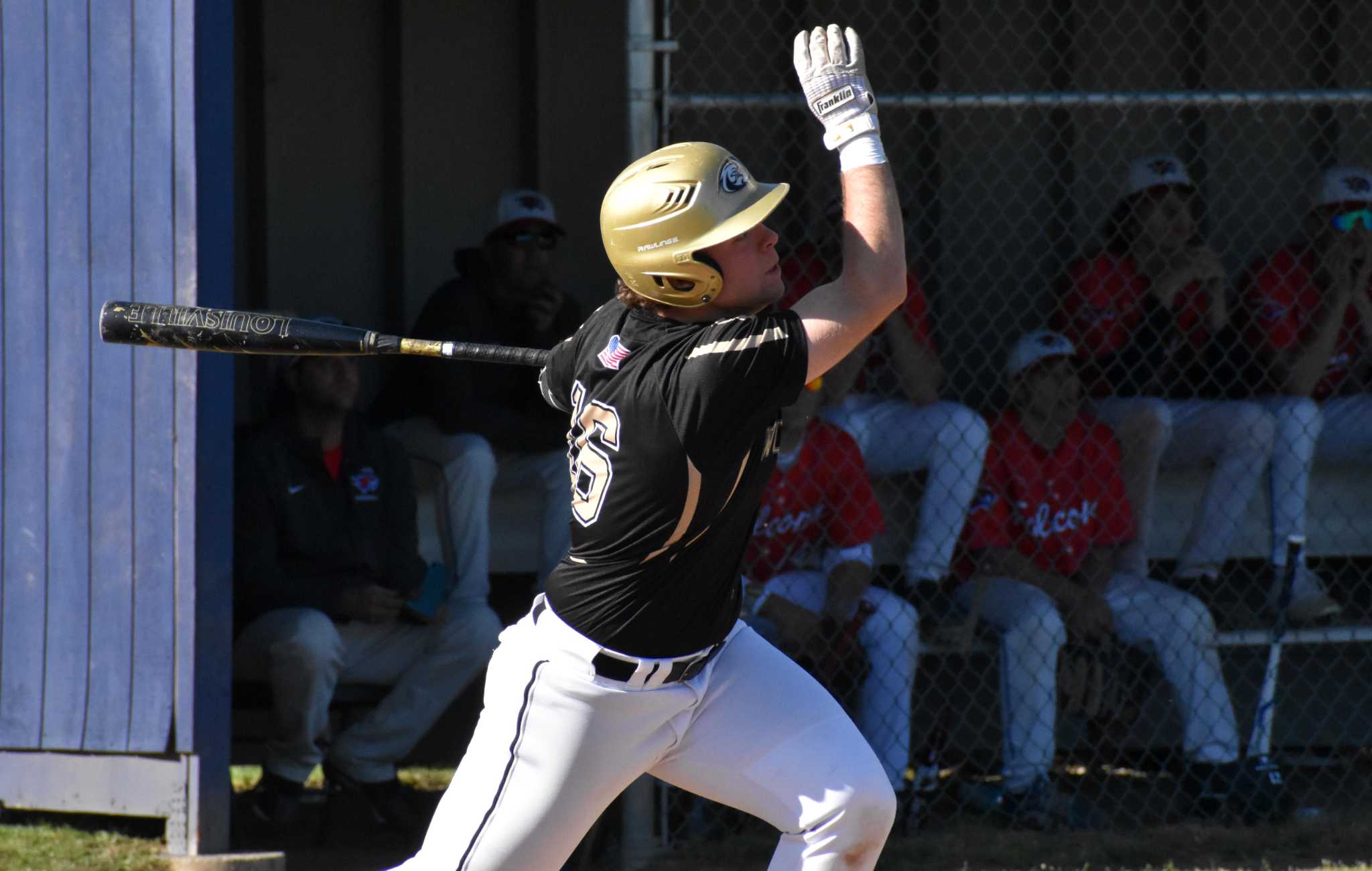 Zach Drewry grew up playing baseball in Prospect and has met many of the players who now call the NVL home.

Drewry came through Roberto Clemente and Willie Mays Ball before turning to travel teams, playing as teammates or opponents with the players he is in direct competition with for an NVL title.

“I’ve played either against or even with a good majority of them since I was six, seven, eight. It’s so tight here, you play with guys, you play against them,” Drewry said. “Growing up, I played all the kids in Watertown. They have been playing together as a team since they were seven. There are travel teams here with kids from Holy Cross, Watertown and everywhere. Everyone knows everyone. That takes the level of competition up 10 notches here because you know everyone.”

Drewry said he has to alternate between friend and foe as the seasons dictate which team he is on.

“On my traveling team, I play with Holy Cross’s Logan Bessette and Watertown’s Henry Marino,” said Drewry. “These games against them in the NVL, you want to beat them, but then you go into the summer and they’re your teammates for the next two months.”

The proximity of the cities and the exchange of players who play together in the summer creates a bond in the NVL that other leagues may not have.

That’s probably why NVL coaches in general are so quick to praise the league as a whole.

“I think people overlook how many quality teams there are in the NVL,” said Woodland coach Steve Bainer. “I think the NVL is a league where anyone can beat anyone. There’s a good threshold of teams that can beat anyone. They can look at 10-11 teams and say that not only can they be NVL tournament teams, but there are 10-11 teams that can win the NVL tournament.”

A team from the NVL has participated in a state championship game in the last five games, with seven teams participating in those games.

This puts the NVL on par with the state’s three major baseball conferences.

In comparison, the FCIAC and SCC also had seven finalists and the CCC had six during that span.

Woodland lost to Northwestern 3-2 in the M-class semifinals last season, by the same score they lost to Wolcott in the 2019 semifinals. Woodland is 13-5 and finished ninth in the M class on Thursday.

Drewry not only knows the NVL from his own experience, but also from his cousin Jack Drewry, who was a GameTimeCT First Team All-State pick during his senior season at Wolcott and now plays at Southern Connecticut.

Zach had a season of ups and downs last year, but a batting cage/therapy session with Jack helped him head straight into the postseason.

“Last year, the day before our state tournament game against Seymour, I went and batted with him. I was only in a crisis in the first half of the year, it was bad. I started picking it up toward the end of the year,” Drewry said. “I’ve walked with him and batted with him and talked to him about what it’s like to play in those big games in the tournament. He gave me some advice on hitting here and there. It was a good shoulder to lean on for that experience and insight. Especially since she wasn’t at uni as a freshman and wasn’t part of the run they were doing back then. It was nice to do some research beforehand and know what to expect.”

While Drewry focuses on baseball year-round, in the winter he trains around the shot put for the Woodland Indoor Track Team.

“Spring through fall is baseball, and even in the winter when I do track, it’s baseball workouts,” Drewry said. “In the winter, I throw shot put on the track team just to do something and have fun. I enjoy it.”

While many players spend money training to throw heavy plyo balls, Drewry feels the power built up in the shot put in spots needed for baseball.

“I feel like I’ll throw a lot harder over the diamond in practice when we do infield practice this year,” Drewry said. “We train three days a week for the track and it’s sport-based lifting. When you produce power, you use your legs a lot, and having strength in your legs helps a lot with your swing and throw. I think it carried over a bit.”

A helping hand: How you can support this mental health awareness week