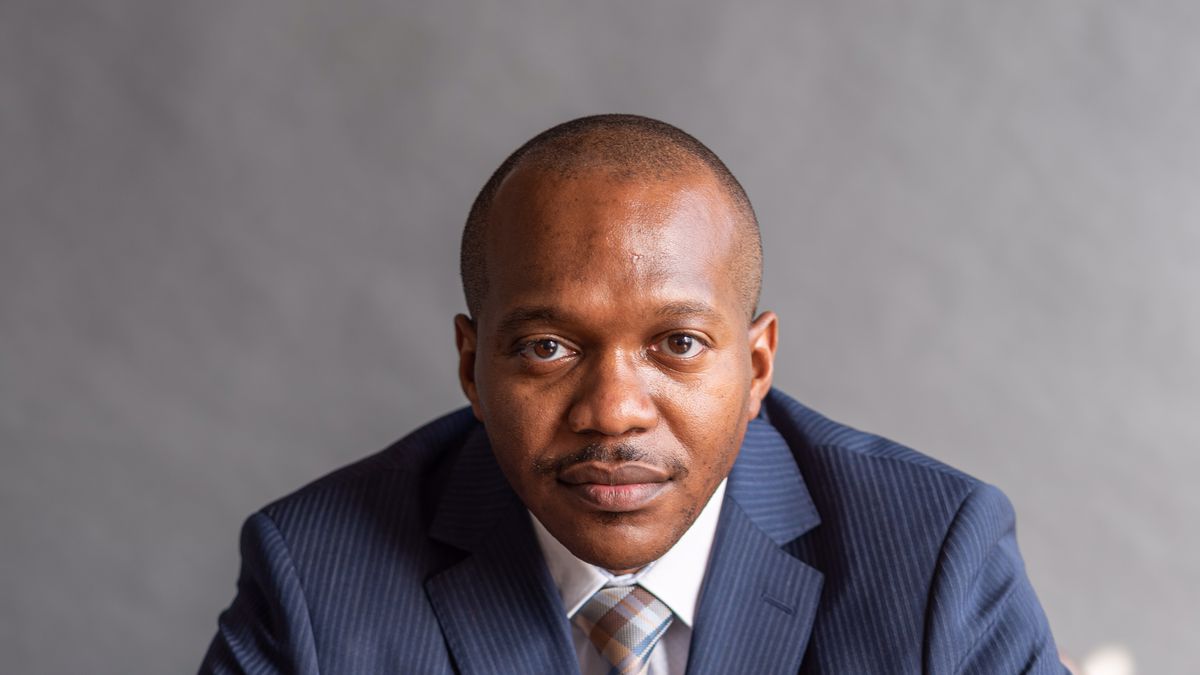 Nicholas Grier keep coming back to the importance of flourishing.

In his work as a speaker, advisor and church leader, he focuses on self-awareness, resistance, healing and liberation. Grier is an associate professor for practical theology, pastoral care and pastoral care at the Claremont School of Theology and a consultant at the Bishop Wellness Center, both from Willamette University in Salem. He is also a member of the Oregon Department of Education’s Advisory Group for African American / Black Student Success.

In his book Caring for the Mental and Spiritual Health of Black Men: Hope to Continue Grier delves into the challenges black men face in America today: racial trauma, sexism, homophobia, and classicism. He writes about how most nursing and counseling theories were developed for white people and fail to address the challenges of black men. But with his background as a therapist and pastor, he wants to do more than diagnose a societal problem: he writes that the goal is to help black men survive, get set, heal, and ultimately thrive.

Grier recently spoke to OPB’s John Notarianni about the book and his work.

Johannes Notarianni: We often speak of injustice as a system that limits people’s outward chances in life – things like access to jobs and housing or health care; or maybe about the threats that arise, such as a potentially greater risk of police violence. But in this book you really focus on how injustice works internally.

Notarni: One of the interesting distinctions you will make in this book is between what it means to survive and what it means to thrive. I wonder if you could tell me a little more about how these concepts are related and how they differ for you.

Grier: Well, for example, even as a black person, I often think I’m so lucky to be alive, right? There are a number of black men who have not had a chance to converse in these surroundings; they did not survive. So before we can even talk about flourishing, we need to take it very seriously, to dig deeply into the experiences of black men so that we can actually survive and then have opportunities to flourish.

One of the things I think about regarding flourishing is that blacks shouldn’t be referred to an existence tied only to suffering and resistance to that suffering, right? We always have to have the ability to withstand suffering, but hey, you know, blacks deserve to flourish too.

Notarni: This book is based on conversations you had with five black men between the ages of 25 and 40 in Chicago. They say one thing that kept coming up in these conversations was that these men kept talking about how much they wanted to feel “known”. What did you hear from them on this subject?

Grier: I found it very fascinating that they would often say something and end it with the words “Do you feel me?” One of the things I say in the book is that maybe this is one of the reasons people don’t feel about life the way black men do, right? When a person is not known, especially a black person, they must always work their way as a person. And that can be very exhausting. Because of this, I can reflect on some of my experiences – although I’m a professor, PhD, I mean the list goes on and on – but that doesn’t rule out I’m Black and people see me as Black first everything else.

Notarni: How does this approach affect your work and what do you do at Willamette University, both as an assistant professor and as a consultant in the wellness center?

Grier: One of the things that I find very fascinating about this conversation about critical racial theory is that when people argue against critical racial theory – OK, that’s their approach. But one of the things I see in my work advising people in clinical practice is that I see people of color suffering emotionally in this setting. So while people have debates that say, “Oh no, we don’t want a critical theory of race,” I see in clinical practice the way people of color suffer and hurt because of these systemic problems that critical theory of race speaks.

I believe that if more people were therapists and heard and felt the experiences of people in general and also of people of color, we could actually act and lead in such a way that this is in harmony with people’s life experience.

Notarni: You grew up in Atlanta, a place with a really vibrant black community, and you’ve researched, worked, and lived in many other places in the country. I wonder what kind of models you see here in the Pacific Northwest that might be useful for us to understand here in the Pacific Northwest, where we really have a history of exclusive laws prevent black people from living here in this part of the country. What else have you seen that could help here in Oregon?

Grier: It’s interesting because I absolutely love living here in Oregon. I feel like it’s one of the most beautiful places I’ve ever lived. In experiencing this beauty, I am pondering some of this story that you are talking about. One of the things I realized was that there isn’t such a large critical mass of blacks here in Oregon. For example, on the Oregon Department of Education committee, of which I am a member, we all often mention that we are the only ones – we are the only ones who bring up these perspectives many times because no one else is around a lot of those environments that make life like that experience how we experience it as blacks.

When I was in Atlanta there was the experience of historically black colleges where there was a spirit of black excellence, right? You were expected to be this and that. In fact, you have been reminded of who you were and the contributions of Africans and the contributions of African Americans throughout history. I think this experience made me believe that I can be anything I want to be.

I think maybe one of the ways here in Oregon is to promote cultures and spaces where the whole state, but blacks especially, have models of blacks who make good contributions to society, and blacks in leadership positions and blacks, they demonstrate a way of doing the things I mention in the book, to surely survive but ultimately thrive.

Listen to Nicholas Grier’s conversation with OPB Weekend Edition host Notarianni using the audio player at the top of this article.