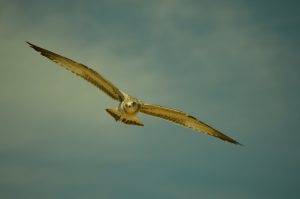 Two experts on conspiracy theories and why people believe them respond with humor and irony to this attempt to combat disinformation.

The Generation Z-driven The Birds Are Not Real movement says that birds are actually all government drones sent to surveil us from the sky, from the streets, and in our own backyards. Sounds ridiculous? Well it is. And that’s the point.

“What I find most interesting is trying to change people’s beliefs about conspiracy theories by pointing out how ridiculous they are.” -DR. Joseph Uscinski, University of Miami

The “birds aren’t real” conspiracy theory is a parody. The leaders and followers are all caught up in the joke. And it’s a parody with a purpose. It pokes fun at the growing acceptance of conspiracy thinking while trying to undermine the growing faith in these untruths. As journalists and truth-mongers bang their heads against the wall in the hope that facts and data will effectively combat false conspiracies and disinformation, are humor and parody the better answer?

dr Joanna Miller is Professor of Political Science and Psychology and Brain Sciences at the University of Delaware. She is an expert on conspiracy theories and why people believe them.

“This is a group of Gen Z people out there trying to find a particular community and in a way vent their frustration at an online world of misinformation by parodying it,” says Miller. “It’s a brilliant parody in a way. The story is filled to the brim with all sorts of conspiracy theories. So I find it interesting in terms of the community that creates it.”

dr Josef Uscinski is a Professor of Political Science at the University of Miami studying public opinion and mass media with a focus on conspiracy theories.

“What I find most interesting is trying to change people’s beliefs about conspiracy theories by pointing out how ridiculous they are. The hope is that it might make people question their own beliefs more than they seem to in recent years,” Uscinski says.

But he says he’s not sure if it works.

“In a way, that plays into the hands of the conspiracy theorists,” he says. “If you go down the rabbit hole, you will find conspiracy theorists, often explicitly saying that there are people in the mainstream media who come up with conspiracy theories that are really stupid just to make us look stupid. And right here in the New York Times is an example of that.”

WDET strives to make our journalism accessible to all. As a public media institution, we maintain our journalistic integrity through the independent endorsement of readers like you. If you value WDET as your source for news, music and conversation, please make a gift today.