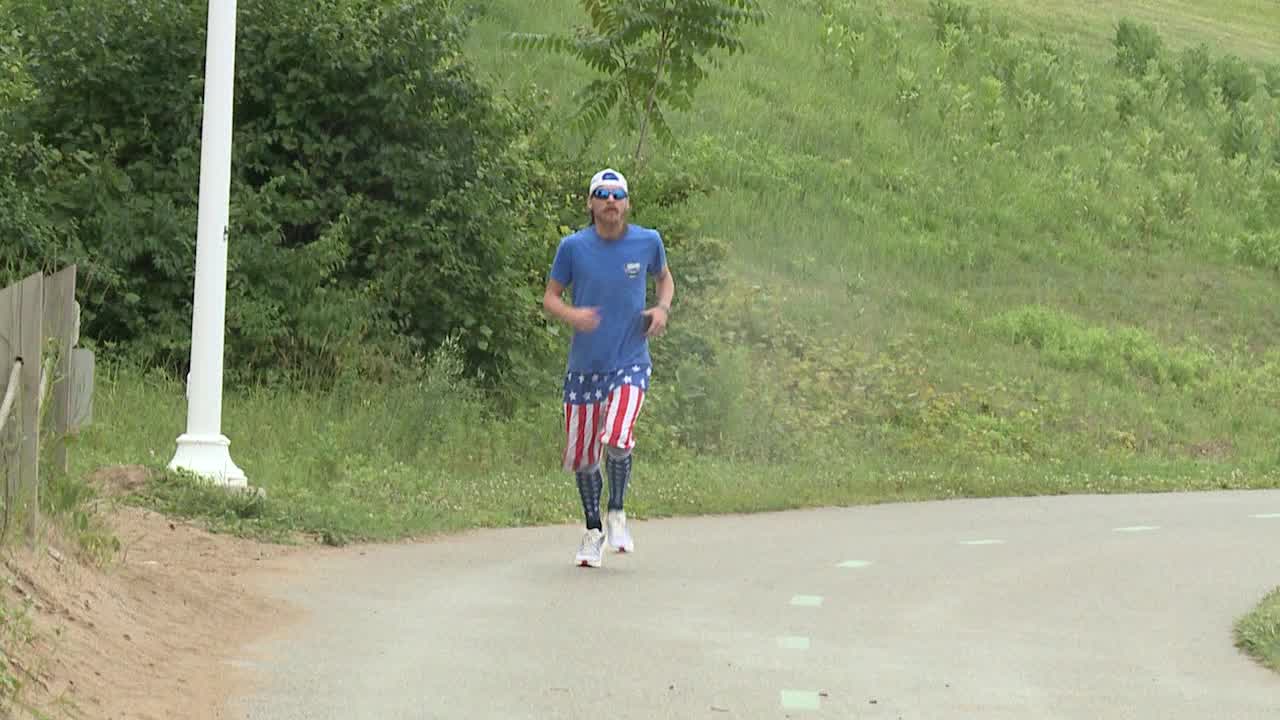 CLEVELAND (WJW) – A man from Ohio runs across the country for mental health awareness.

Jake Farren is called “Little Nasty,” but not for the reasons you might think. As a teenager he could throw a nasty curve ball, so the name stuck. Nowadays he wears a funky pair of flag socks and shorts.

He’s also running across the United States saying he wants to take the flag with him.

But a â€œforest gumpâ€ is not about imitating a movie. For Farren, it runs for a purpose. Farren is trying to drive US Route 20 – the longest street in the country that starts in Boston and ends 5,365 miles away in Newport, Oregon – to raise awareness about mental health.

Farren is very open about his own struggles with mental health problems. He says his depression was debilitating and he even attempted suicide, but running helped him see life and depression from a different angle.

“I’ve been running literally every day since July 29, 2013 before I get to my eight year running anniversary,” he said.

Farren has been a fixture in all kinds of races for years, taking part in 5K, 10K and marathon races and even the FOX 8 Fox Trot. He credits his running community with supporting him and giving him the courage to face this challenge. He says the community is all about helping others.

“If we can raise awareness of the things that are going on in the community while we are exercising, it will be a plus for everyone,” said Steph Floss, founder of Run With the Winners, the Farren for seven years listened to.

Farren will be on the road for about 70 days, with his parents following him in a motor home. He hopes his efforts will get people thinking about ways to fight depression and ways to get help.

Holiday Shopping Guide: These stores are closed on Thanksgiving

He says nobody has to run the race of life because they think they are alone.

He plans to start his run in Boston on Father’s Day, covering an average of 80 miles per day to finish the run in about 70 days.