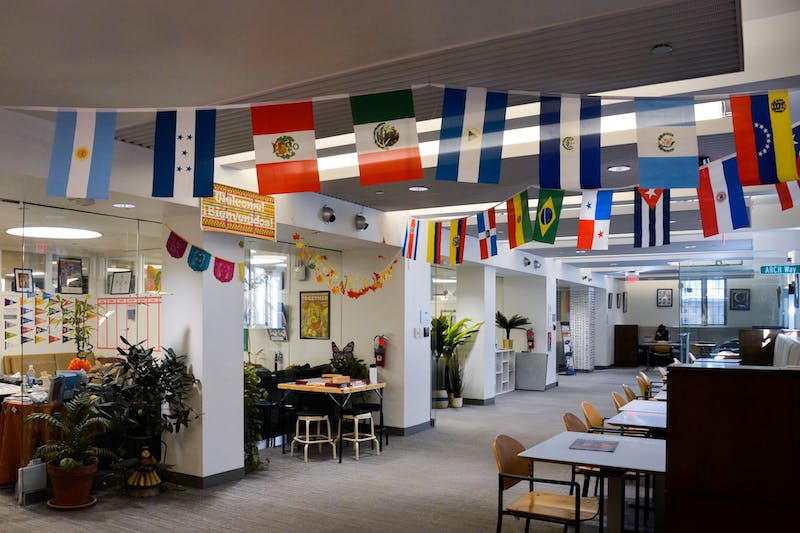 PAACH hosted five AsianTalks discussion events in the form of group therapy sessions with 20 to 30 graduate and undergraduate students. Session topics range from love and friendship in college to dealing with academic pressures.

Once personal campus life returned in August 2021, college junior and program founder Ryan Afreen said she took the initiative to create her wellness area through PAACH. Afreen worked with PAACH Director Peter Van Do during the fall semester to organize and promote AsianTalks through ARCH’s weekly newsletters social media.

Afreen said she hopes AsianTalks can offer students from diverse backgrounds the opportunity to discover common ground that they might not have found elsewhere in a supportive, nonjudgmental environment.

“We’re not holding back,” Afreen said. “We’re as vulnerable as we can, and we feel like we have a general, general supportive community.”

A virtual PAACH retreat last year inspired Afreen to start AsianTalks. She watched college students share their shared experiences during the COVID-19 pandemic and felt the community would benefit from a consistent wellness program.

Afreen added that the discussion series was also inspired by PAACH’s #AsianTalks event in October 2021, when passers-by at the ARCH building wrote on whiteboards outside the building why they were “#ProudtobeAsian.” Students were able to express their pride in the culture, values, traditions and communities that come with claiming an Asian identity.

Afreen said the AsianTalks topics are planned around events and topics that the organizers believe are relevant to the Asian American community in Penn. Because of this, the events are organized on the fly rather than following a fixed schedule throughout the semester, she said.

“We’re actively deconstructing ‘Penn Face’ here,” Afreen said, adding that she takes pride in the fact that the series offers a respite from the competitive environment Penn students often find themselves in.

Afreen begins each meeting by asking participants, If there was one thing you could change about Penn, what would it be? To avoid the silence that often follows such open-ended questions, she said she shares her own thoughts and experiences first, and then gives participants space to voice their own thoughts.

get our newsletter, The Daily PennsylvanianDelivered to your inbox every weekday morning.

College junior and PAACH member Ishani Mehta participated in the March 2nd AsianTalks discussion, which focused on the academic pressures placed on Asian American students by their families, peers and community members. She said she was impressed with Afreen’s ability to facilitate discussion without taking up all of the space.

“I think a lot of people let go of things they didn’t even know they were holding on to,” Mehta said.

The AsianTalks program runs independently of Penn’s counseling services, but Afreen said she plans to meet with therapists from Counseling and Psychological Services in the near future to discuss formally establishing AsianTalks under CAPS.

Lewis and Clark are hosting a self-care event on Tuesday