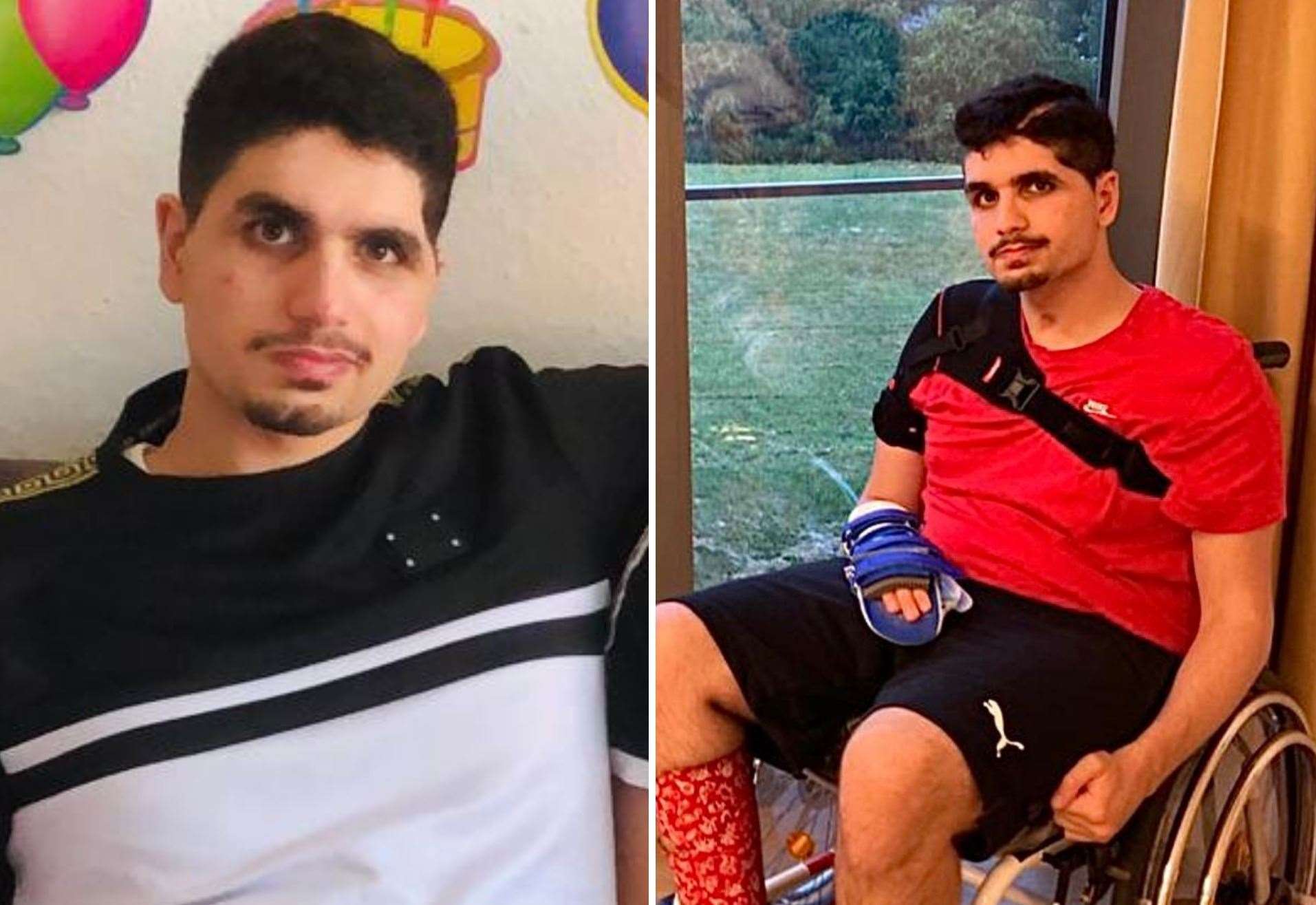 
A Online objection to help raise funds for the teenage victim of a brutal gang attack in central Canterbury has broken the £ 10,000 mark.

The appeal, launched by KentOnline and our sister title, the Kentish Gazette, raises money for the German student Daniel Ezzedine, who suffered significant brain damage after the racially motivated attack in 2019.

The funds will be used to support his devastated family, who have amassed large debts to look after him in Germany.

It launched on Thursday and exceeded its original goal of £ 1,000 in hours. The goal was then raised and has now raised more than £ 10,000 in just three days.

Daniel spent more than a year in the hospital after the attack, during which he was beaten with a bag of bricks and kicked in the head with full force while he was defenseless on the ground.

Nine young people have so far been convicted in connection with the incident, including six who were spared jail last week over the events of that day.

Daniel was photographed at a therapy session this week. He can neither speak nor read and has to be looked after around the clock.

“He can hardly do anything for himself,” said Daniel’s brother. “We look after him at home with very little help.

“He doesn’t understand much of what we’re telling him. We have to let him know what we mean with pictures and hand signals. “

The Ezzedine family struggles with debts and depression because they look after Daniel around the clock in an apartment on the second floor in Mönchengladbach that is not adapted to his needs.

You have to roll him around on an office chair as the apartment is not big enough for a wheelchair, while someone always has to sleep on the floor next to him.

Daniel’s mother is hardest hit by the ordeal and is now suffering from severe depression.

When Daniel was hospitalized after the attack, he only had a 30% chance of survival.

A fundraiser helped raise £ 16,000 to cover much of the cost of his family, who flew to the UK and stayed in accommodation near King’s College Hospital in London shortly after the attack, where he was a patient for more than a year was.

Paul Johnson, who lived in Canterbury most of my life, was one of the key fundraisers for this call.

This week he said, “I’m glad KentOnline and the Kentish Gazette launched another appeal.

“I hope that the people in Germany – because it made the national news there – hear about the contributions from the people in Kent and Canterbury. And realize that the real people of Canterbury want to help and don’t forget.”

Joe Walker, editor of KentOnline’s sister newspaper, the Kentish Gazette, said, “It is heartbreaking to read the impact this horrific attack had on Daniel and his family.

“The community in town gathered to support them while Daniel was in the hospital, and we are delighted and grateful that they have come together to help them throughout Daniel’s recovery.

“All donations will be sent directly to Daniel’s family.”

Read more: All the news from Canterbury