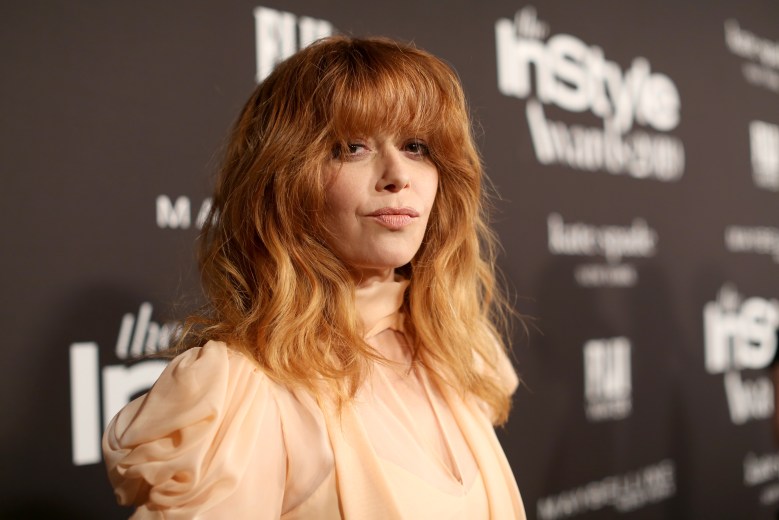 The creator of “Russian Doll” credited the late writer/director with being a “very significant figure” in her career.

Natasha Lyonne reflects on Nora Ephron’s legacy, particularly as it pertains to her personal relationship with the late You’ve Got Mail writer-director.

“Nora Ephron was a very important character in my story,” Lyonne recalled to W Magazine. “My very first acting stint was as a glorified extra in her film ‘Heartburn.’ That was [inspired by] Nora’s marriage to Carl Bernstein. I was five years old and I am sleeping on a guy’s lap at a wedding. And then when I got back to my phase two, post-junkie garbage, I auditioned for Nora again.”

1986’s “Heartburn,” starring Meryl Streep and Jack Nicholson as a troubled couple, was directed by Mike Nichols and written by Nora Ephron, based on her own semi-autobiographical novel.

Lyonne continued, “I wanted to be in her play [2010’s ‘Love, Loss, and What I Wore’], but I was having a really rough time with a friend, and I said, ‘As long as I have you — if you could just give me a little advice here. It doesn’t matter if I get the job; I see this as a free therapy session.’ That’s really what I do in showbiz; I’ve found access to people who are great thinkers and I’m trying to crack this case.”

Lyonne revealed that both personally and professionally, Ephron “always watched over me” on Lyonne’s journey to sobriety.

“I needed open-heart surgery and she made sure I had the best room at Columbia-Presbyterian and the best surgeon,” Lyonne explained. “I woke up to roses, and her and Chloë [Sevigny] were determined to get me through this. And then Nora gave me my first gig back. She let me stay at her house in Los Angeles and I said, ‘Are you crazy?’ And she said, ‘Everyone has problems.’ She really helped me to understand that I’m fine.”

When Harry Met Sally screenwriter Ephron has written, directed and produced 17 film projects over the course of her career. The journalist and memoirist was behind Sleepless in Seattle, Michael, and Julie & Julia before her death in 2012.

Lyonne previously explained, “I wanted to be Nora Ephron from the moment I met her. I just wanted to please her.” The American Pie alum also shared an email from Ephron about the making of Russian Doll.

“I found this, I don’t even know how I looked for it, but it popped up with this old email from Nora that said, ‘What we discussed today. A TV show, you play a character named Nadia,'” Lyonne explained during an appearance on The Late Show with Stephen Colbert in 2019. “‘She chain smokes, she has existential dilemmas and so on, sex or no sex .’ It’s all written like Nora. In a way, that was deeply moving.”

Registration: Stay up to date on the latest movie and TV news! Sign up for our email newsletter here.

Candidates for the 2022 Jubilee Queen of Farmers and Threshers