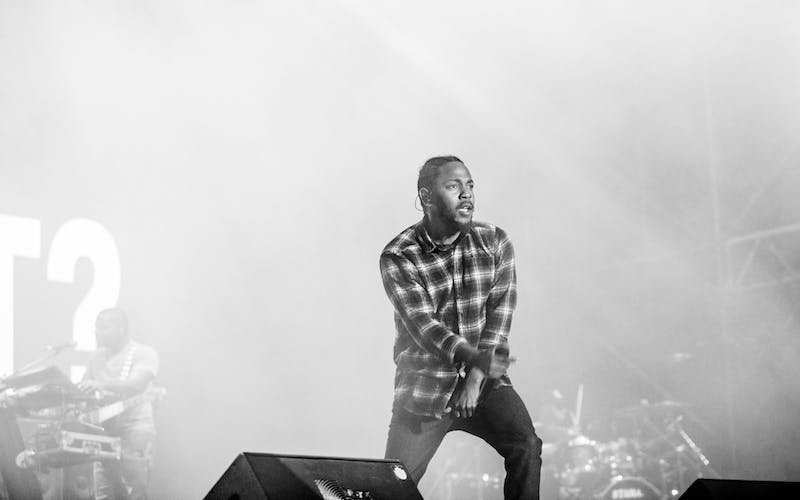 “Mr. Morale & the Big Steppers” is a cathartic therapy session – The Cavalier Daily

It’s been five years – or 1855 days to be precise – since the last time a studio album by rapper Kendrick Lamar was released to the world. His latest release concludes a tremendous wait and 17-year relationship between Lamar and his signed record label, Top Dawg Entertainment. Mr. Moral & the Big Steppers is the rapper’s fifth studio LP and final project with the label.

The resonant voice of featured artist, Sam Dew, splits the album into two discs – he sings a similar verse on the opening tracks of disc one and disc two. Vulnerable lyrics smothered by deep percussion trap the listener in Lamar’s confessional, while past love affairs and his current role as husband and father take center stage in the first half. The second half of the album includes childhood trauma and family stories. The journey of the double album is led by the Compton rapper’s unique voice.

Lamar’s many voices are predominant from beginning to end. Within the first few seconds of the first song “United In Grief” he switches from rough vocals to his typical high-pitched rap. With each voice, the flow changes, keeping each song fresh and unpredictable. The unrefined drum break creates a fast, unsteady tempo and the simple piano perfectly breaks up each verse in the opening track.

The piano is a recurring instrument on the album and is seamlessly inserted into almost every song. Lamar addresses sexual assault and abuse during his childhood, later sex addiction, as well as issues with his father and his mental health struggle. The rapper doesn’t mean to be depressing — he’s just brutally honest. As his wife Whitney Alford says in the intro, “Tell ’em, tell ’em, tell ’em the truth.”

Lamar’s honesty and vulnerability prevail over energetic trap and electronic beats with heavy bass, hi-hat bursts and noticeable synths. They differ from Lamar’s usual West Coast instruments – electronic piano, slow snare and bass drums – and give his style a modern sound. Starring legendary producers like Pharrell Williams, The Alchemist and Boi-1da, Lamar reinvents himself in this new addition.

Disc one contains more of the album’s vibrant songs. The moment of silence before the beat on “Father Time” and Sampha’s angelic voice are a godsend. Blxst and Amanda Reifer compose a catchy refrain on “Die Hard”, which blossoms above all through the singing. “Rich Spirit” is suave with soothing background vocals that inspire Lamar’s confidence. It’s an impressive display of Lamar’s singing and ability to make melodic melodies that still address serious issues.

The pulsing energy comes to a halt as Lamar paints a vivid scene of a toxic couple fighting in “We Cry Together.” The screaming verses are an impressively unique format for a song, while the tension in Lamar’s and Taylour Paige’s voices adds to the reality of the argument. A wave of unease spreads as they listen to the petty behavior while arguing over car keys and insulting each other. Disc 2 switches to long verses over gentle beats that are more in the lyrics than in the rhythm.

Two artists known for their different rap styles make an appearance in the second half – Baby Keem and Kodak Black. On “Saviour,” Baby Keem adds a memorable chorus with a unique cadence and says, “B— are you happy for me?” while Lamar raps about a record scratch and background chorus. With over 11 functions, no artist will disappoint.

But black who faced one series of allegations and cases of sexual assault, is a controversial decision to appear on Lamar’s album. It’s disappointing to see Lamar address his identity as a sexual abuse survivor while simultaneously portraying a perpetrator. Perhaps Lamar decided to bring the Florida rapper on the project to try to reconcile and forgive his trauma.

Be it the opening lyrics “My auntie is a man now” or the repeated use of a homophobic slur, “Auntie Diaries” is a song that can’t be missed. Lamar speaks of his aunt and cousin, both of whom are transgender. He slams his own early insensitive comments about his aunt’s transition and the Christian church’s hypocritical discrimination against the LGBTQ+ community, asking, “‘Mr. Preacher, shall we love your neighbor? / The laws of the land or of the heart, which is greater? / I appreciate the study she has been taught since birth / But that does not justify the sentiments my cousin has preserved.”

Lamar’s use of a homophobic slur is another hypocritical attempt to demonstrate his own growth — “I said they’re f-bombs, I don’t know any better,” he raps in one segment. He draws a parallel between the slur and another word commonly used in the rap scene, referring to incident in 2018 when a fan who grew up on stage used a racial slur while rapping to “MAAD City.” Lamar said he felt uncomfortable when a white person used the racial slur and realized that using a homophobic slur in the song felt the same way for the LGBTQ+ community.

Despite the insight into Lamar’s inner turmoil for his family, Lamar’s use of homophobic slurs and repeated gender mismatches are uncomfortable and controversial. His approach worked mixed Reactions – some have argued that Lamar, albeit badly, is trying to come to terms with his own missteps in learning and growing, while others criticize the damage he’s causing by using the insults. Anyhow, it’s clear that Lamar still has immense growth ahead of him to properly respect and support the LGBTQ+ community.

Musical analysis aside, the entire album is a problematic confession. Such honesty – mirroring a personal diary – about sexual abuse and gender identity creates an impact that goes beyond the scope of music criticism. Controversial or not, Lamar’s intention is to make a candid confession of his generational trauma to anyone who will listen.

The one hour and thirteen minute symphony concludes with spirited violins. Lamar apologizes to his fans for his long absence from Mirror. More importantly, he says, “Sorry I didn’t save the world, my friend/I was too busy building mine again,” referring to his family and his new passion, pgLang – a multimedia company Co-founded by Lamar in 2020. The sad lyrics are not a plea for help but rather a search for reflection and therapy in his artwork.

As the album closes it is different from previous projects and with every listen the project sounds better. As Lamar accepts new callings, “Mr. Moral & the Big Steppers is a nice farewell to his time at Top Dawg Entertainment.