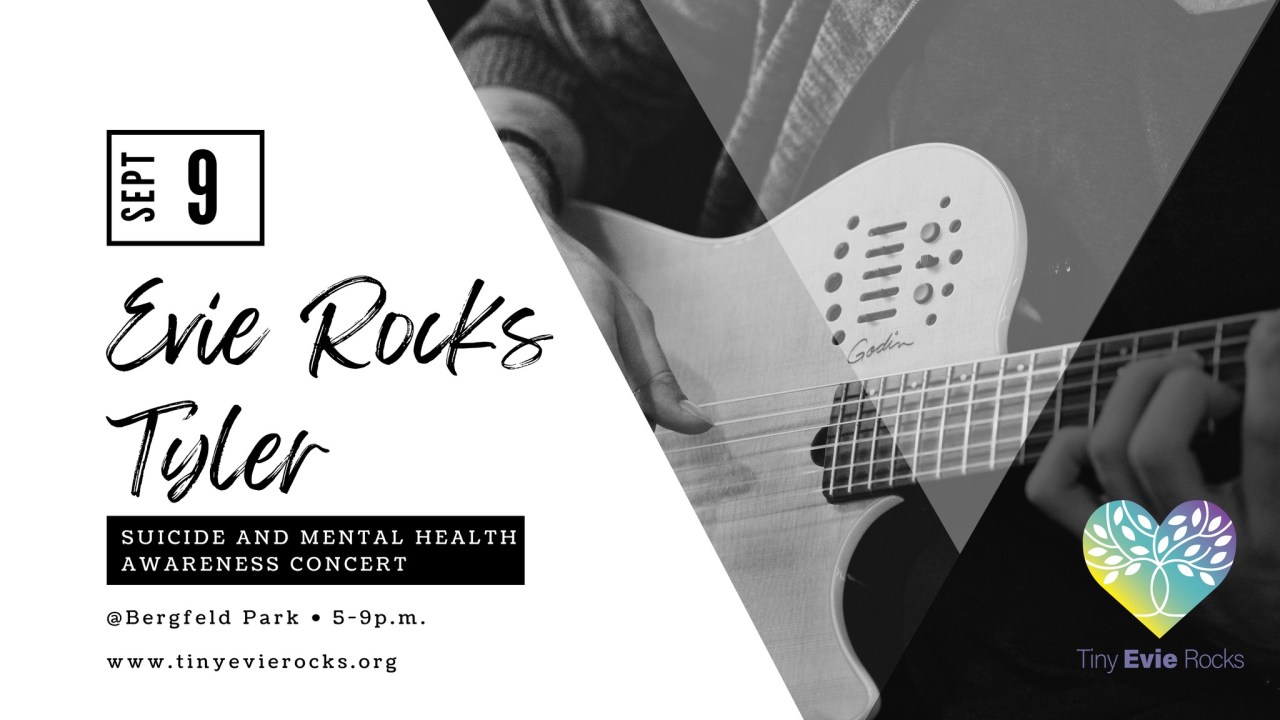 Mental health support concert to rock the city of roses

On September 9, from 5:00 p.m. to 9:00 p.m., Tiny Evie Rocks will present a concert at Bergfeld Park to raise awareness of mental health and suicide prevention entitled “Evie Rocks Tyler”.

“We bring the community together to save lives and let those in struggle know they are not alone or forgotten,” said Tiny Evie Rocks.

Tiny Evie Rocks was founded in 2019 by Michael and Jessica Domingos and their family after they lost their 12-year-old daughter Evie to suicide. They now run Tiny Evie Rocks as a non-profit organization with a mission to “bring hope to those affected by suicide through acts of kindness and love. Through these actions, we are raising awareness in the community and working to remove the stigma associated with mental illness and suicide.”

The September 9 concert will feature the following artists:

This event is sponsored by the Andrews Behavioral Health Center of Tyler, the Neurodivergent Advocates of East Texas and the American Foundation for Suicide Prevention – East Texas Chapter. All proceeds benefit Tiny Evie Rocks and its mission.

‘Be Like CJ’ Foundation hosts apparel drive in Texarkana