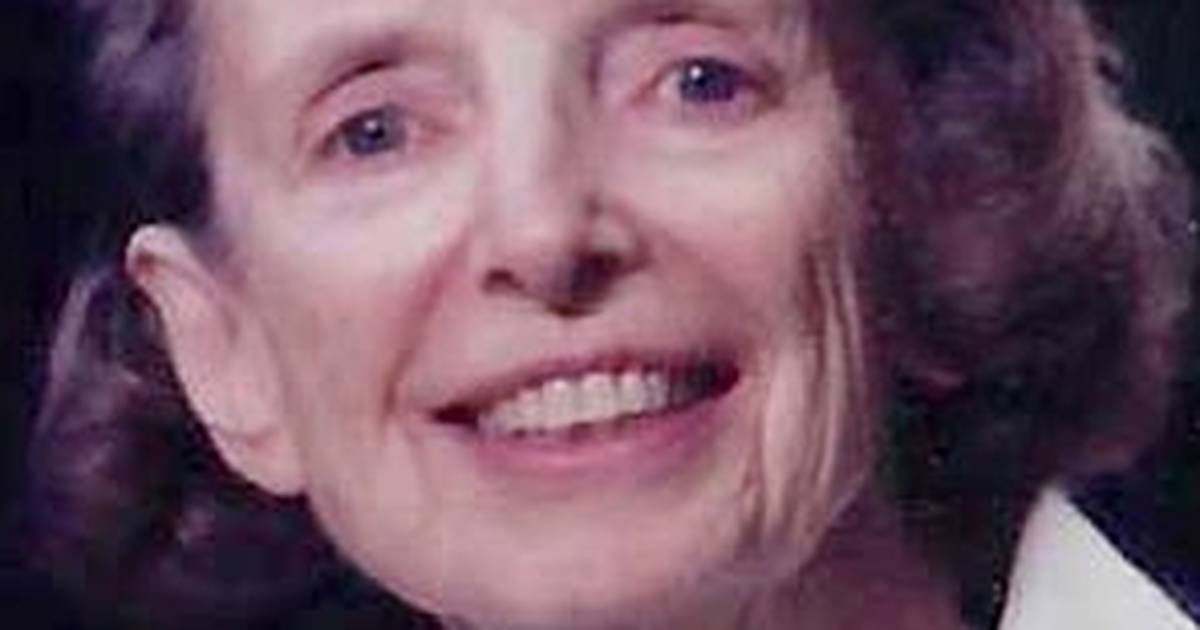 Elizabeth M. “Liza” Frank, who had a long career as a mental health consultant and served as a staff member of the Office of Strategic Services in London and later Paris during World War II, died in Roland Park on June 30 of complications from a dementia place. The longtime Roland Park resident was 103 years old.

“I first met Liza through her husband in 1999 when she was 81,” said Russell T. “Tim” Baker Jr., a former US Attorney for Maryland and a retired attorney from Baltimore who lived until her became a faithful friend at the end of his life. “She had the most benevolent blue eyes and a smile that lit up the world and that smile lasted into the last few weeks of her life. It was just such an amazing smile.”

Former Elizabeth Morris Kleeman was the daughter of Arthur S. Kleeman, President of the Colonial Trust Co., and Alice Pentlarge Kleeman, a WQXR radio personality known as Alice Pentlarge and the host of “What’s on Your Mind?”. a New York Times radio forum. Ms. Frank was born in New York City and grew up in Manhattan and White Plains, New York.

She graduated from L’Ecole Miss Fisher in Switzerland, where she became fluent in French and German. She was 16 when she and her twin sister, Frances Alice Kleeman, entered Barnard College in New York City, where she earned a bachelor’s degree in 1938.

In 1940, after leaving Barnard, Ms. Frank enrolled in a one-year Harvard University master’s program, Museum Work and Museum Problems, taught by the noted Paul J. Sachs. She left before completing her degree because she was hired to work at the public information desk at the National Gallery of Art in Washington, which opened in 1941.

“I kind of got her talking about the OSS and she had told me she wanted to do something in the war and got an interview with them through a friend. It was 1943 and she went to London as a secretary and clerk,” recalled Mr Baker. “She talked about the bombings and how she spent nights on the wet subway on hard concrete, surrounded by drunks and the smell of urine. She eventually took her chances by staying above ground, and the roof of the house she lived in on the third floor was blown off one night.

“Later in the war they sent her to Paris, where she was on the Champs-Élysées on VE Day, May 8, 1944,” he said. “I saw a picture of her from around that time and she told me she hadn’t dated even though she was stunningly beautiful. She never liked talking about that much or the OSS. She was proud of her OSS but didn’t like blowing her own horn.”

“When she was with OSS, she kept meticulous records and excelled at note-taking,” said one daughter, Dr. Deborah A. Frank of Brookline, Massachusetts.

After the war, Ms. Frank returned to Washington and the National Gallery, where she was a curator. One night at a dinner party in Georgetown, she met the man she would fall in love with and marry.

“She was running late, and as she stood in the foyer and took off her hat, she could hear a warm male voice coming from the living room, where guests were sipping cocktails,” said Mr. Baker. “She told me she wanted to meet this man, and that man was Jerry Frank, and they married a year later.”

Trevor White was an entrepreneur and a leader in the revitalization of the Oliver neighborhood. (Karl Merton Ferron/The Baltimore Sun)

In 1948 she married Dr. Jerome D. Frank, who became a prominent Johns Hopkins Professor of Psychiatry and was also a once outspoken critic of nuclear weapons and a civil rights activist. He died in 2005.

The couple settled in a house on University Parkway, where they raised their four children. In 1973, after teaching art history at the Bryn Mawr School for a year, Ms. Frank earned a master’s degree in psychological counseling from Johns Hopkins University.

She joined the Adolescent Psychiatric Clinic as a Mental Health Advisor at Johns Hopkins Hospital.

She worked for the Phipps Adolescent Outpatient Clinic, which later relocated to Greenspring Station in Lutherville. After retiring in 2001, she served on the Board of Directors of the Hampden Family Center and a year later was appointed Counselor for the Pro Bono Counseling Project.

“I’ve always admired her ability to move with the times,” said one daughter, Emily F. Frank of Guilford.

“She was very bright, cultured and very involved in the issues of those around her,” said Dr. Frank. “She was really very European, maybe more than we thought, and everyone who came to her house for dinner was made to feel at ease. She collected people and had a wide circle of friends with whom she remained connected.”

Mrs. Frank founded the Ladies Marching and Chowder Society, a group of women who met weekly at the Johns Hopkins Club.

Mrs. Frank was also a social activist and longtime member of the Women’s Hamilton Street Club.

dr Frank said she pushed for black people to join Hamilton Street Club. One member said if the club did, they couldn’t bring friends. according to dr To Frank, she replied, “If we don’t do that, I can’t bring my friends here.”

Ms. Frank was an accomplished seamstress and knitter and won first prize for her work at the 1988 and 1999 Maryland State Fair.

“She made sweaters and blankets, many of which were designed by herself and were real works of art. They were museum quality,” Ms. Frank said.

Over the years, Ms. Frank has remained involved socially and culturally. She loved to travel and attended the Shriver Hall Concerts, which she supported until she turned 100.

At Roland Park Place, where she moved in 1997, Ms. Frank took part in the Ilias programme, adult education courses. “She was still teaching classes until about a year ago,” said Mr. Baker.

Mr. Baker has a recording of Braham’s Requiem on his cell phone.

“I played it to her and she sang it in German, German that she had learned more than 70 years ago,” said Mr. Baker. “And she sang it at the top of her lungs.”

Get your morning news in your email inbox. Get all the top news and sports from baltimoresun.com.

When Mrs. Frank celebrated her 100th birthday, Mr. Baker asked her how it felt to be that age; and she replied, “Empty,” he said. “She said that no one was alive who knew her as a girl or a young woman and that her old friends were gone and that she had all survived.”

Mr Baker said he spends an hour with her every week, talking and “chasing her” and that she is known around Roland Place for being a speed demon on her walker. “She was famous for her speed and would just take off.”

Ms. Frank did not follow any particular lifestyle to achieve centenarian status.

“She didn’t exercise or follow a special diet. She just had a very good constitution,” said Ms. Frank. “She quit smoking in 1969 and would enjoy sherry or a glass of Dubonnet, but nothing over the top.”

“She enriched my life and loved being flirted with,” said Mr. Baker. “I miss her terribly and was very lucky to have met her.”

Plans for a memorial service are incomplete.

In addition to Dr. Frank and Mrs. Frank she leaves another daughter, Dr. Julia B. Frank of Silver Spring, and six grandchildren. Their son David W. Frank died in 2017.

Women who value empowerment tend to have more cross-gender friendships, a study finds