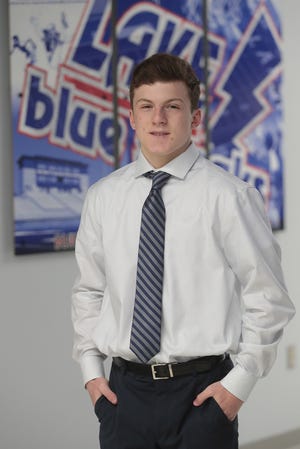 SCHOOL – High school by the lake

WHAT DO YOU LIKE TO DO OUTSIDE SCHOOL? – I would say wrestling. The wrestling room is like my second home and I don’t have to worry about anything outside of wrestling in practice or in a tournament.

FAVORITE HIGH SCHOOL MEMORY? – The tight and competitive wrestling matches in the Bundesliga. There is unmatched energy in these matches and competing against some of my closest friends is an experience I will never forget.

WHAT DO YOU WANT TO DO FOR A PROFESSION? – I want to be a software developer at a big technology company like Apple or Microsoft and focus on artificial intelligence or cybersecurity.

WHAT IS THE BIGGEST PROBLEM FOR YOUNG PEOPLE TODAY? – Anxiety, due to the increased pressure to perform at school, in sports and also due to the pressure from social media, anxiety and stress are very high in teenagers. However, many teenagers do not know how to manage or deal with increased stress or anxiety. So it manifests in them until they are overwhelmed and consequently thrash or collapse. If more teenagers were educated on how to manage stress and anxiety, they would be calmer and more level-headed. They would be able to make more rational decisions and keep their anxiety to a minimum.

Nominated by Jim Sicker, Chief of Science; and Maria Dick, Head of the Faculty of Theology

Update: Men are now allowed to have opinions on abortion as men can get pregnant