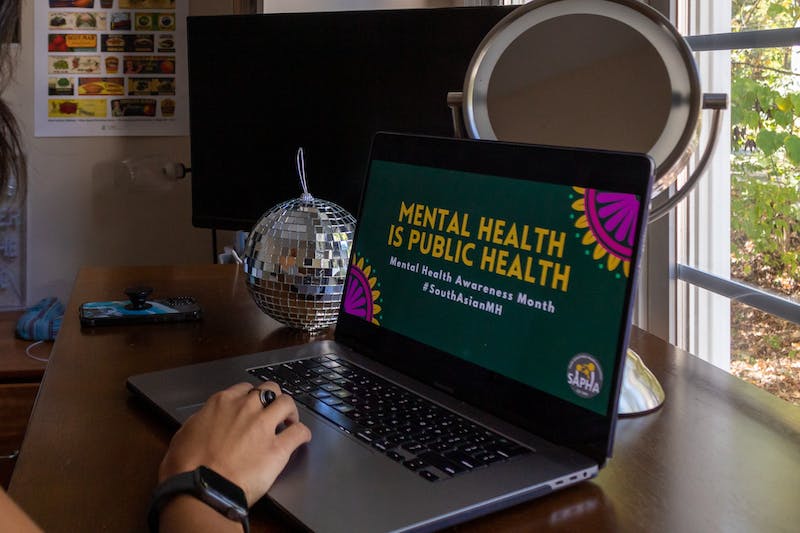 I grew up in an environment where mental health was pretty much non-existent.

Not because it didn’t exist—my community’s shared history of forced migration and refugee status meant we were far more vulnerable to mental health disorders—but because it was rarely acknowledged.

It only existed with qualified people paagal or crazy people that we should avoid like a contagion. This shaped my early understanding of mental illness; it was an illness.

It was similar when I moved to the United States. Even when suicides were staggering in my Bhutanese community, conversations about them were muted and never directly confronted.

There hadn’t been an open discourse about mental health in my family, let alone in my community. When such issues have been raised, they have rarely been raised as legitimate. I grew up seeing emotions as weakness and psychological issues as a lack of willpower and self-discipline.

This attitude towards mental health reflects the larger South Asian society, where the subject is taboo. Unlike individualistic Western society, South Asian communities are largely collectivist. Personal identity is deeply rooted in the collective identity of a group.

In a society that revolves around honor and shame, “What will people say?” is a toxic mantra that governs people’s lives, governing their behavior and interaction. Emotional restraint is taken as a sign of strength and mental toughness; Emotions are rarely expressed verbally. These factors further increase stigma and prevent people from seeking help.

You may have heard some South Asian young adults say that they never heard the words “I love you” growing up. This is not uncommon. That’s how some of my friends and I initially connected. Love has rarely been expressed through verbal or physical affection, and for some this has led to difficulties in forming and maintaining relationships – both romantic and platonic.

A cultural dislike of emotions hampers mental health awareness. There are nearly 5.4 million South Asians in the US, but there is limited mental health literature for this demographic.

One of the few available nationally representative datasets comes from a study from 2002-2003 who reported that one in five South Asians will experience a mood or anxiety disorder at some point in their lives. Young people in South Asia in particular face increased stress from high parental expectations.

In my own experience, educating myself about my diagnoses, articulating my feelings in therapy, and unlearning ingrained harmful beliefs has been an arduous process. With minimal social support, the road to recovery often felt lonely and drawn out.

For many, the emotional work of resolving family members is exhausting, especially when the unconditional support you seek is not returned. The generation gap makes it difficult for older family members to understand our problems, and we constantly encounter resistance.

Hierarchical honor systems make it difficult to communicate personal boundaries as it is seen as disrespectful to our elders. Challenging traditional norms is an absolute sacrilege.

Language barriers are another problem. It took over a year before I could feel comfortable with my parents. In preparation for our dreaded conversation, I tried to look up the Nepalese equivalent of ADHD and anxiety, to no avail.

Throughout the conversation, I struggled to explain basic concepts in Nepali as until then every exchange I had on mental health was in English. Mental health terminology is virtually absent from the lexicon of many South Asian languages.

Finally, South Asian patients must shoulder the additional burden of contextualizing these issues for mental health providers. In my previous therapy sessions, I felt disconnected because my therapist was operating from a different worldview.

This requires more intersectional and culturally sensitive mental health delivery, particularly at UNC’s own Counseling and Mental Health Services, which are often the first port of call for students beginning their mental health journey.

Sign up for our email newsletters to receive the day’s news and headlines in your inbox each morning.