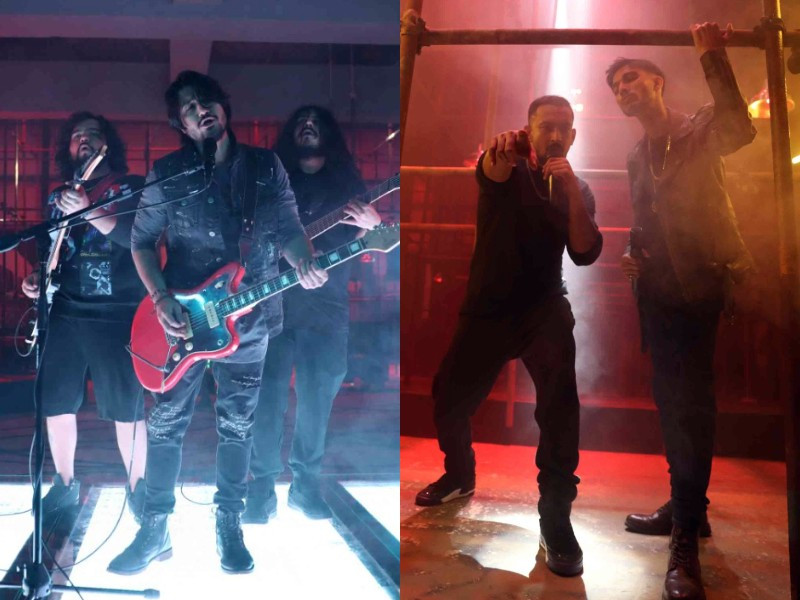 The latest from Coke Studio, Ye Dunya is a smash hit with a thought-provoking message presented by Karakoram, Talha Anjum and Faris Shafi.

It talks about the uncertainty in life, exploring the various underlying human fears while quite prominently emphasizing and addressing the fear of abandonment. It sees Khattak in his element, playing us back with his timbre, anger and boyish charm, while Anjum brings his wisdom and exemplary writing to the table. Shafi isn’t far behind either, but we have to say – we expected more from his role. However, the three acts make a powerful ensemble.

According to Coke Studio, the nu metal song elicits a storm of emotions as the acts acknowledge each other’s struggles. Unfolding almost like a ‘therapy session‘, Anjum remains philosophical, Faris brutally real and Khattak’s primal scream is a confirmation that he is not alone. What could be more rebellious and heavy metal than watching pain give way to vulnerability in a world built on bravery? It entertains.

In standard rock fashion, sounds from three electric guitars, bass, two synths, a frenetic string section and percussion were layered to deliver the “big sound” required to “wrestle with the big message”.

Ye Dunya was written by Adnan Dhool, Anjum, Shafi and Xulfi, it is an idea of ​​the latter and associated music producer Khattak. Art Director Harris Khatri placed the performers in a construction site. Boxes of digitized paint rise from the ground with performers at the top, like chasms that promise to take them out of the blackness of their world and into a living place, according to the song’s press release. Video Director Zeeshan Parwez adds augmented reality motion graphics to each artist to express how fused we are with the warp speed world of tech.

However, there are moments when we miss Khattak’s raw, untreated growls, and Shafi’s filtered, almost censored attempts at expression are also comical at points. So the song’s treatment could have been better, despite being the season’s least commercial offering so far. However, the structure is endearing, as are the musical transitions.

Listen to the song here:

Will the future of nutrition be a world without meat?