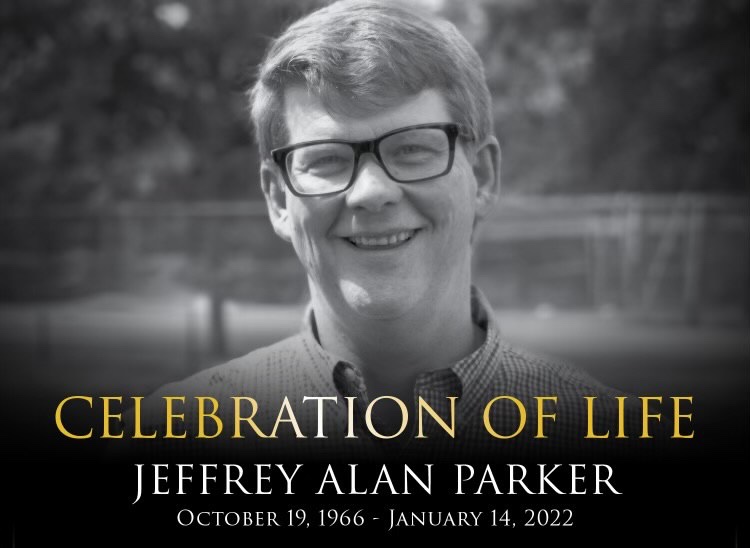 A crowded crowd attended the celebration of the life memorial service for Jeffrey Parker at St. Luke’s Episcopal Church on Saturday morning.

Jeff Parker, general manager of MARTA since 2018, took his own life on January 14.

During the thoughtful service, Parker’s family and friends urged everyone to talk about mental illness and support one another through the good times and bad.

Erin Harlow-Parker, his widow, showed exceptional strength and determination as she spoke from the bottom of her heart about their first date and how soon afterward he asked her to go for a walk, the code 36 years ago, to keep calm.

Erin Harlow-Parker and her daughters accept condolences from friends after celebrating life for Jeffrey Parker at St. Luke’s (Photo by Maria Saporta)

“Like any marriage, we’ve had our ups and downs,” Harlow-Parker said, adding that she couldn’t have imagined her “life without Jeff” until two weeks ago, calling him her best friend.

“Feelings are not good or bad; they just are,” Harlow-Parker said, urging everyone to be aware of their own emotional health. “Be proactive about how you’re feeling. Talk actively about mental illness. Suicide doesn’t have to be an option. You don’t have to have all the answers.”

She then urged all worshipers to speak with their lawmakers about improving access to mental health services and removing the stigma around mental illness.

“The last two weeks have been the hardest of my life,” Harlow-Parker said, adding that she has received a lot of love and support from family and friends – particularly her two daughters – Gabrielle and Isabella.

She talked about how much she would miss Parker’s silly jokes and that she would do anything to hear him crack another silly joke.

“Don’t suffer in silence,” she continued. “Push for a shift in mental health awareness.”

Rev. Kimberly Jackson, a state senator, heard the message as she told people at the service, “You cannot let the way Jeff died wipe out the entirety of his life. Jeff’s life wasn’t tragic at all. His life was beautiful.”

Jackson then spoke about how those who knew Jeff Parker ask questions about what they could have done to prevent him from taking his own life.

“I am here today to make it absolutely clear to you that this is not your fault; Jeff’s death is not your fault. Get over the guilt,” Jackson said. “Suffice yourself if you have problems. Ask for help. Some of you are in seats of power.” When it comes to improving access to mental health, “I urge you to speak out.”

After the service, Keith Parker, former General Manager of MARTA, stopped to share his thoughts.

“It’s a devastating task,” Keith Parker said of leading MARTA. “People are pointing at you from all directions. One of the hardest parts of the job is when you’re feeling overwhelmed, no one wants to hear it.”

Keith Parker, who is now president and CEO of Goodwill of North Georgia, said he had lunch with Jeff Parker two weeks before his death. About once a quarter, they met for lunch to share and share.

“He was in better spirits than I’ve ever seen him,” said Keith Parker, who joked that they shared the same last name. “We would say we are brothers from another mother.”

St. Luke’s was filled with many elected officials and people who have worked with Jeff Parker in the transportation industry, including many current and former MARTA executives, such as Nat Ford, a former general manager who is now CEO of the Jacksonville Transportation Authority; and Paul Grether, who is now with the Long Island Railroad.

Georgia Department of Transportation Commissioner Russell McMurry still found it difficult to accept Parker’s death. They had scheduled several meetings to work on transportation issues, and McMurry had no idea Parker would not be in attendance.

“I didn’t think Jeff’s jokes were silly,” McMurry added. “I thought they were funny.”

The most poignant part of the service was how family and friends were able to turn their pain into a powerful message to help others struggling with mental illness and for those who are suffering to seek help.

Everyone received a suicide prevention ribbon upon entering the church.

And the back of the program contained a scan of a QR code for a donation to the American Foundation of Suicide Prevention, Georgia Chapter – as a way to honor Jeff Parker’s life.

If you or someone you love is experiencing a crisis or are having suicidal thoughts, please call the National Suicide Prevention Lifeline at 1-800-273-TALK (8255) or contact the Crisis Text Line by calling TALK Send 741741.

A photo of St. Luke’s stained glass doors during the service for Jeff Parker (Photo by Kelly Jordan)