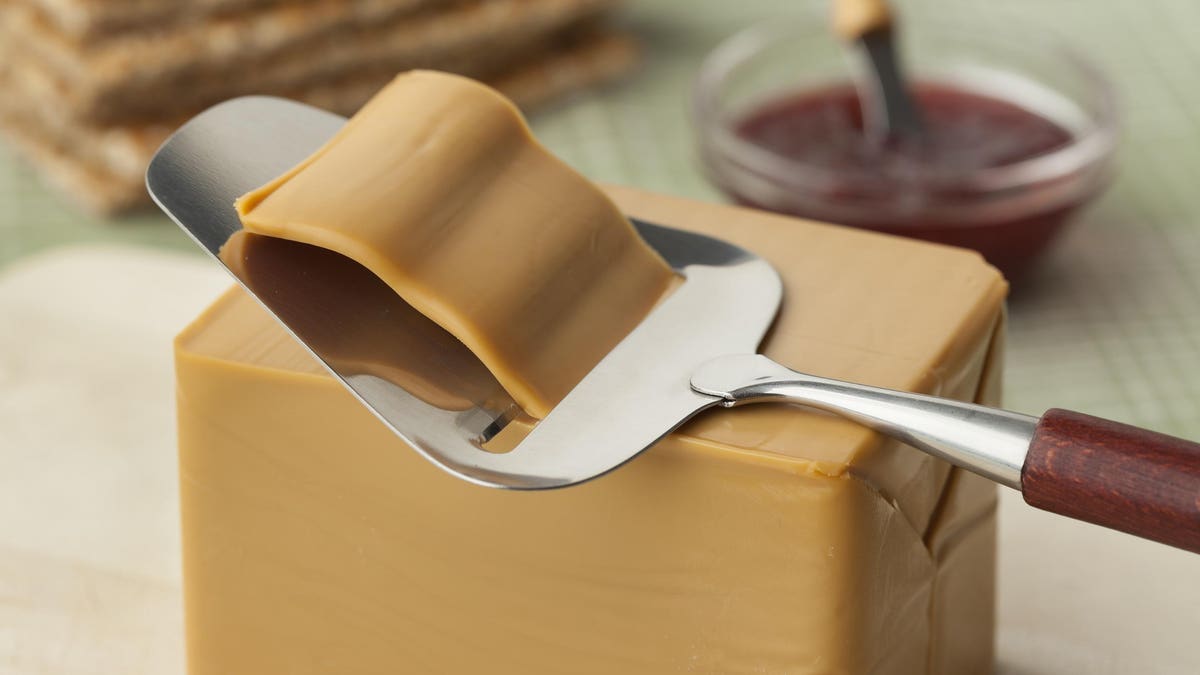 One of the most curious norwegian food for the foreign visitor is also one of the most common in the country. Brunost literally translated to brown cheese, although technically it is not cheese.

While it is often eaten for breakfast, it can be enjoyed at any time of the day and is easy to find in any supermarket or hotel breakfast buffet.

Much of Norway’s national diet is reminiscent of its days as a poor country when wasting nothing and preserving fish and meat for the winter were essential measures for survival.

As a by-product of cheese making, brown cheese is a classic example of the fact that nothing is wasted. The whey left over from the cheese-making process is boiled down until it caramelizes. After cooling, it is packed into blocks and sold nationwide.

The question of whether or not brown cheese is healthy has created controversy in Norway in recent years. It contains calcium, protein and vitamin B and it is also lacking in salt, but its high sugar and fat content caused a community to close consider banning its use in schools.

There are many varieties available from brunost in a Norwegian supermarket, most of which is produced by the national dairy Tine.

The biggest difference between the brands lies in the raw material ingredient. Whey made from cow’s milk, goat’s milk, or a combination can be used, with goat’s milk adding a stronger flavor. The taste and color of the final product are also influenced by the cooking time. A longer time results in a darker color and a more intense taste.

Gudbrandsdalsost is by far the most common brand of brown cheese eaten in Norway. For many the only choice and is considered the most flexible option for any occasion. Fløtemysost is popular with those who prefer a milder taste as it does not contain goat milk. Ski queen is available in the US from Whole Foods and Amazon.

How to eat brown cheese

No matter which brand you choose, brown cheese is almost always eaten in thin slices. It’s rare to see a brunost block without a cheese slicer nearby.

A slice of brown cheese on regular bread or crispbread makes a very quick and easy breakfast, lunch, or afternoon snack. But brunost can also be eaten as a sweet snack, usually with waffles and jam, or even as part of a sauce especially for game.

How does brown cheese taste?

It’s fair to say that brown cheese is an acquired taste. Many people who try it for the first time without any prior expectation find the unexpected tangy sweetness an unpleasant experience. Some compare the taste to caramel, others to dulce de leche, the popular milk candy from Latin America.

For beginners, I recommend not trying brown cheese as part of a hearty breakfast. Instead, try it as a sweet snack with jam on a waffle. This will help you put your mind in the right place for your first taste.