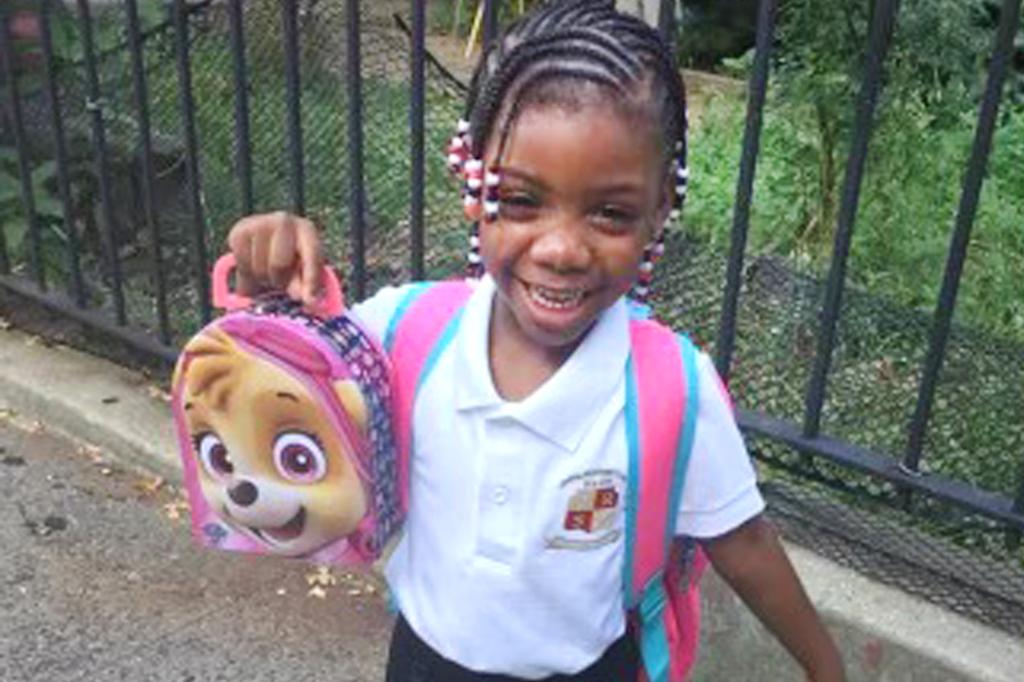 Julissia Batties cried hysterically and begged her grandmother not to send her on a court-ordered weekend visit to her mother Navasia Jones.

The Bronx girl who was killed under mysterious circumstances at Jones’ apartment last August aged 7 sobs in a heartbreaking audio recording obtained by the Post.

“I don’t want to go with Mommy,” Julissia repeatedly told her grandma Yolanda Davis, who was also her foster parent.

When asked in another recording what the police could do, the doomed girl simply said, “Help me out.”

Despite her pleas, Julissia was sent to live with her mother, who lost custody of the girl along with four sons at birth for alleged negligence and physical abuse.

Against objections from her grandmother and court-appointed attorney who The city administration for child care last June 21st finally gave Julissia back to live with her mother without supervision for the first time.

Less than two months later, on August 10, Julissia was dead.

The mother claimed the little girl fell and hit her head on a desk.

Her eldest son, 17, told police he punched his half-sister eight times in the face, although officers ruled those punches did not kill her. Hours later, Julissia began throwing up and passed out. Her mother called 911. The brutally injured girl was taken to Lincoln Hospital but could not be saved.

The cause of death, the city’s coroner determined, was “blunt abdominal trauma.”

The coroner ruled it was a homicide, but nearly nine months later, the NYPD has made no arrest. “The investigation is ongoing,” said a spokesman on Friday.

Julius Batties, Julissia’s father, is furious that no one has been held accountable and says detectives told him, “Wait a minute, we’re working on it.”

On April 26, when Julissia would have turned eight, the father decorated a poster to celebrate her “first birthday in heaven.”

During her short life, Julissia was at the center of a bitter tug-of-war between her estranged parents and a complex child welfare that ended in a tragic miscalculation.

Julissia was born at Kings County Hospital into the care of ACS, the agency tasked with protecting the city’s most vulnerable children, but with a history marred by a series of failures that resulted in horrific deaths.

A court-ordered report cited “parents’ drug and alcohol abuse” and found domestic violence between Julissia’s mother and the father of three of her sons from a previous relationship. Their children had cuts, bruises and welts on their bodies, a city-appointed social worker said. The mother “blew smoke in the children’s faces” because she knew one son had asthma, records show.

ACS placed Julissia in the care of her paternal grandmother, who would become her foster parents for the next three years – and would never give up the fight to protect her.

In 2017, when Julissia was 3 years old, ACS abruptly removed the toddler from Davis’ care after it was reported that she let her son enter the home to visit his daughter – against court and ACS orders. Davis requested a hearing by the state Office of Children and Family Services, which thought the removal was “wrong” and called for a reevaluation.

ACS brought Julissia back to Davis in 2018, facilitating supervised visits to her parents at an agency office. In psychological reports from 2019 and early 2020, therapists noted that Julissia was sad and withdrawn towards her mother but relaxed towards her father.

“I don’t want to go to mom,” the girl said during a therapy session, according to a report.

The alarming observations did not prevent ACS from extending Julissia’s mother’s visits to weekends at her apartment in NYCHA’s Mitchel Houses.

Julissia soon became so anxious and distraught before the visits that Davis began recording her — and gave the tapes to the police after her death.

In one case, Julissia wailed inconsolably. Davis asked her, “Why are you crying, punky? You have to see Mommy.” Julissia shouted, “No!”

“Why that? Why did this happen?” Davis asked.

“I don’t want to go,” Julissia yelled without giving a reason.

Another time, Davis asked Julissia why she seemed so nervous. “It’s three days,” Julissia said, referring to the time she would spend with her mother.

In one recording, Julissia confided that her three older brothers “kept fighting” and beat up a younger sibling.

“They make him bleed,” she said.

“What do you do?” Davis asked. “Something bad,” the girl replied.

When Julissia told her grandmother to “call the police,” Davis was surprised.

“Why am I calling the police?” she asked. “Because I don’t want to go with Mommy,” Julissia called out.

Davis reported the outbreaks of then-5-year-old Julissia to SCO Family of Services, the agency contracted by ACS to monitor her foster family. “A child shouldn’t feel that way about his mother. Something is wrong,” the grandmother told a clerk in a recorded telephone conversation.

The case officer insisted she had brought grievances about Jones to supervisors — including Jones calling Julissia a “bitch” to his face — but they were ignored: “They probably want to close the case.”

Davis protested, “The kid is scared to death of her!”

On April 24, 2020, Davis sent Julissa out for a weekend visit — and never saw her again. ACS allowed the girl to stay with Jones because of the COVID-19 pandemic.

soon after, ACS put Julissia on a “trial release” along with her mother. The agency told Davis things are going well. But the girl’s court-appointed lawyer disagreed with the arrangement, saying in an email that Julissia had “consistently” expressed a desire to live with her grandmother. She told the attorney that the only reason she likes to visit her mother is because she can play with her little brother, Jones’ sixth child.

Meanwhile, Davis’ relationship with ACS grew increasingly strained as the frustrated grandmother planned to go back to court to fight Julissia’s visit.

Shortly before her death, neighbors at Mitchel Houses saw Julissia wearing sunglasses, apparently to hide a black eye. When ACS showed up to investigate the injury, Jones allegedly told officers that a younger brother accidentally hit the girl with a toy gun.

“In my mind, I felt like there was something wrong with the baby,” Davis told the Post, blaming ACS for ignoring the red flags.

“There are other parents going through the same thing. This agency needs to be investigated. They treated me like garbage. They didn’t do their job.”

Julissia’s father is also bitter. “ACS has definitely let me and my daughter down. It’s terrible. You have so many people who have to explain themselves now.”

Batties is incredulous that after nine months no one has been arrested. “All I hear is that they’re working on it. It’s the same thing I heard from the start,” he said.

As if to warn anyone who has harmed Julissia, someone scrawled on Jones’ now-padlocked front door: “God will always (prevail). Nobody gets away with murder.”

ACS officials said the agency conducted “a comprehensive review” of its care practices in Julissia’s case and urged the contractor, SCO, “to implement corrective actions immediately.” It would not specify the actions.

The agency said it also reviewed other cases where children were in the process of leaving foster care to return to parents or guardians and was increasing the training of its investigators.

“The death of Julissia was a terrible tragedy,” said a spokeswoman. “We take every opportunity to continually review our work and identify opportunities to strengthen our policies and practices.”

According to the study, older adults are more likely to be fooled by “fake news” than younger ones